We all we wanted to become video game makers when we were young. We’d illustrate characters, and write epic stories. But the next step was to code an actual game and we never really knew where to start and we figured that since we didn’t know how to write code. We could never truly become video game makers fast-forward to today and you can almost say that there are too many ways to start making an actual game. But experts are using these engines for triple-A titles. And I recommend you to use one off these 3 game engines as it is the most famous ones.

I’m going to look at 3 different game engines. Some that require coding knowledge, some that don’t. I will be going over what types of games it is best suited for, what makes it unique, how much it costs to use and also showcase some great titles that use it.

Unreal Engine by Epic Games. Unreal Engine is one of the best performing teams that use unreal to make high-end triple-A 3d titles. While it’s definitely not a beginner’s engine it’s the engine you want to use if you have your sights set on creating a triple-A experience. Unreal supports an impressive array of functionality right out of the box and is particularly strong and developing high-quality visuals.

Unreal also has a huge developer community and an extensive plugin and content marketplace to help you along the way. In terms of pricing Unreal Engine is free to download and use. Epic does charge our royalty for all commercial games released that generate a revenue of over three thousand dollars. You can find details about the agreement on their website’s FAQ.

First up is Unity, Unity might be the most flexible of the bunch with unity you can create 2D and 3D games you can release games on PC, Mac, mobile, and console including the beloved Nintendo switch. In terms of ease of use unity does have a very user-friendly drag-and-drop interface but it would be wise to learn C sharp to get the most out of the engine. Another great thing is that Unity has its own asset store filled with 3D models, animations, tools, plugins and more we love Unity because it’s quick to prototype with and you can get set up very quickly in terms of pricing the best part about unity is that its personal license is free. Unity works for 2D and 3D games creation, some of the best games of the last few years were made with using Unity included “Assassin’s Creed: Identity”, “Temple Run Trilogy”, and “Hearthstone: Heroes of Warcraft”

GameMaker by Yo-Yo games if you’re making a 2d title, one great option is game maker. GameMaker Studio 2 has been around for years and has developed a great community. A simple search on YouTube will yield a ton of game maker tutorials. It also has a great drag-and-drop interface that’s perfect for beginners starting out. Once you get the hang of things though you can do much more complex things using their libraries and scripting language. Game maker studio 2 starts at $31 for a creator license and goes all the way up to $1,500 for its Ultimate Edition. A free trial is also available. Unreal Engine works for 2D games creation, some great game maker titles can be found on Yo-Yo Games Showcase Page. 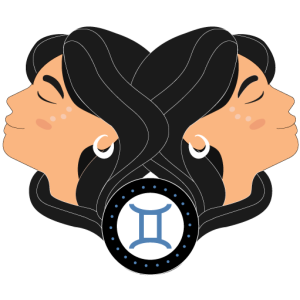 What Are UI Design Tools? It’s almost an unspoken agreement that UI tools need to be a quadruple-threat to compete in today’s design industry, offering

MONOLISK Raid a gazillion handcrafted dungeons, collect loot and creature cards and build your own dungeons for others! MONOLISK is a fantasy mobile ARPG, CCG